Wow, I can’t believe how long it has been since I last wrote here. I keep thinking that I had written one not long ago, but apparently I didn’t write for the entire year of 2017. I apologize deeply… I actually have been going out for ramen but haven’t written a single post. 😦

To start this year off, here’s a quick post about my recent trip to Germany with my fiancé. The trip itself could be a series of blog posts since we were there for almost a month. (It was amazing btw!) But I will get straight to the ramen part.

Japanese menu written in German was a little daunting… 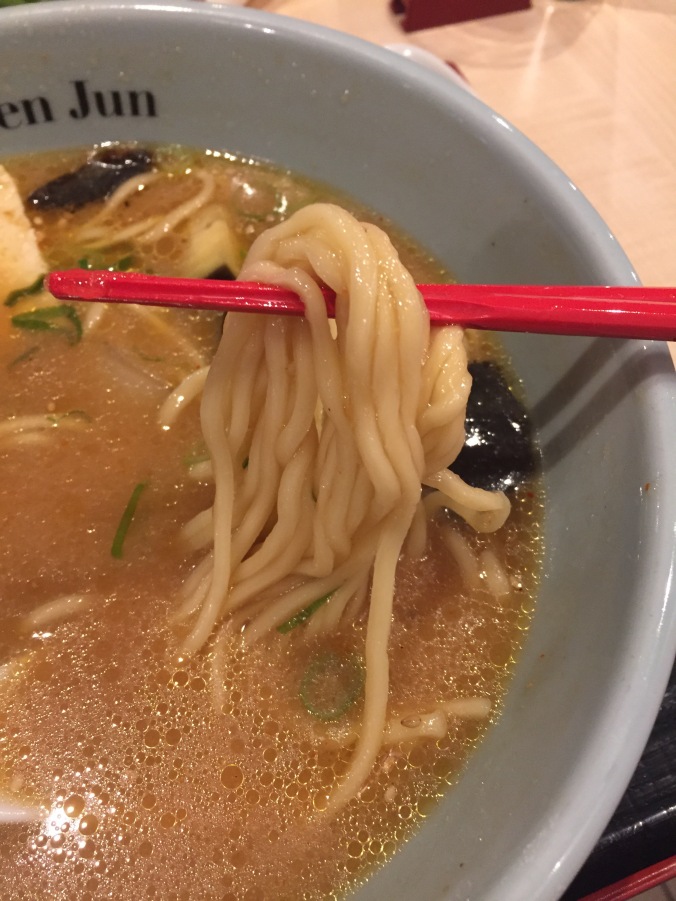 I was not pleased with the noodles stuck together…

Asian in her natural habitat…

I was REALLY hungry.

Overall, I thought my ramen was surprisingly delicious despite the expectation I had of ramen in Germany. The broth had a savory miso flavor, the toppings, including the potato, worked really well. I wasn’t too excited about the overly-chewy noodles sticking together. Marius thought his was okay. He felt that it was just a spicy tomato soup without Japanese flare to it. I had a taste of his broth and I guess I could agree.

For a random ramen spot in Frankfurt, Germany, this place wasn’t so bad. Would I go back? I would probably give their other branch a try (also in Frankfurt) before I decide if I’d go back to this one. But I felt my mission accomplished, to find ramen at a country I have never been before and can add to my list of ramen joints for you to explore.

Thank you for reading!

We found parking at a structure nearby. The restaurant is located just around the corner from a big shopping mall.