It was Sean’s birthday week and we have been going on little road trips up and down California. We went to Solvang and Santa Barbara the other day then to San Diego this past Friday. I knew there wouldn’t be much for ramen up in Santa Barbara, especially in Solvang (Dutch town USA) but San Diego had to have some!

We started the day with a museum tour of the USS Midway. If you like museums, ships, airplanes and war history, this place can be pretty fun!

On top of the ship 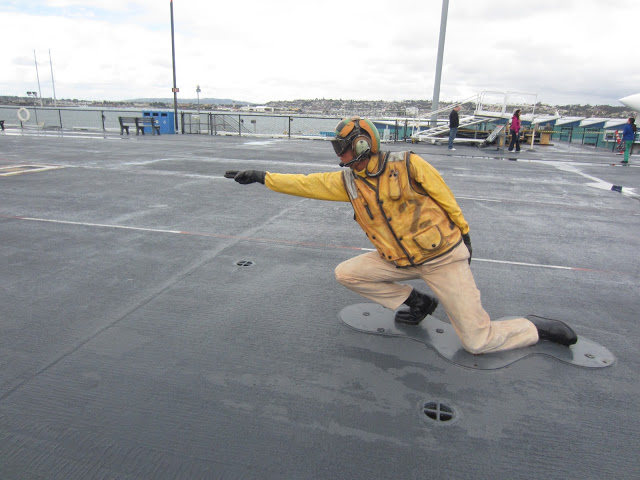 After an educational, cold and rainy afternoon, we were starving and decided to have lunch in the area. Ramen sounded perfect for this kind of weather. The closest ramen place we found from the USS Midway was Underbelly. According to Yelp, it had the highest ratings out of all the ramen places in town.

As we drove past the place to look for parking, it looked like a really hip restaurant. Then we turned a corner and I realized…. it was in San Diego’s Little Italy. Ramen in Italian town? Hmmm…

After circling the block a few times, we finally found parking. Just so you know, you have to pay for parking EVERYWHERE in San Diego. And it’s not cheap!

Underbelly is supposed to specialize in ramen, so I had some hope. It was a small restaurant with modern decor. The whole place was pretty much bar seating and also had outdoor seats facing the street. I was a little confused about how to order when we got in. But I walked past the sign that said you have to order from the register before seating yourself. Just so you know, their bar seats are really heavy and a little uncomfortable.

Random artwork in the corner

They had a great selection of tap!

I ordered their tonkotsu which included soft boiled egg, bean sprouts, ginger, seaweed and sesame seeds. It was too bad they didn’t already have any slices of meat in the tonkotsu, but when going to a new place, I like trying their basic ramen. I could have added some but they were a little pricey. Sean’s dad was actually in San Diego for the weekend and joined us that day, for the museum and his first ramen. Sean and his dad ordered the Underbelly ramen, which was everything the tonkotsu had along with char-su belly, applewood smoked bacon, and kurobuta sausage.

They really don’t want you to find their restroom

Their ramen was alright. Being that it was a ramen place in Little Italy and not a single asian person working there, you can’t expect much. I was also the only asian person there! I’m not saying it was bad, I just thought it was a bit lacking. The broth did not have a lot of flavor to it and the noodles were close to soggy when I got them. They only got soggier as I ate. I did enjoy their soft boiled egg though. I tried the toppings from Sean’s ramen and they were quite good and tender. I’m guessing the place was highly rated because of their beer on tap. They had a good selection and I really enjoyed my Hitachino White Ale, which I had for the first time. It seemed like a bunch of surfer dudes worked there but the service was great. They made sure we got everything we needed, enjoyed what we were having and at one point, two servers asked us at the same time if we needed anything!

After lunch, we explored what we could in San Diego on a rainy day. We checked out Seaport Village just to see what was there, but that was kind of lame. Then we checked out the Gaslamp District. I had been to the Gaslamp before, during the daytime, and I must say it was much cooler at night! Thank goodness it stopped raining.

Sean did a little yelping to find a nice bar and stumbled upon a place called Prohibition. Already, it sounded like a cool place. We stopped at a restaurant, confused as to why the Maps app was telling us it was there, and a Prohibition sign was nowhere to be found. Luckily, a server pointed us to a door right next to their restaurant. Of course, a bar called Prohibition wouldn’t have a sign!

Just push the doorbell to get in! Have your ID’s ready!

Half of the bar 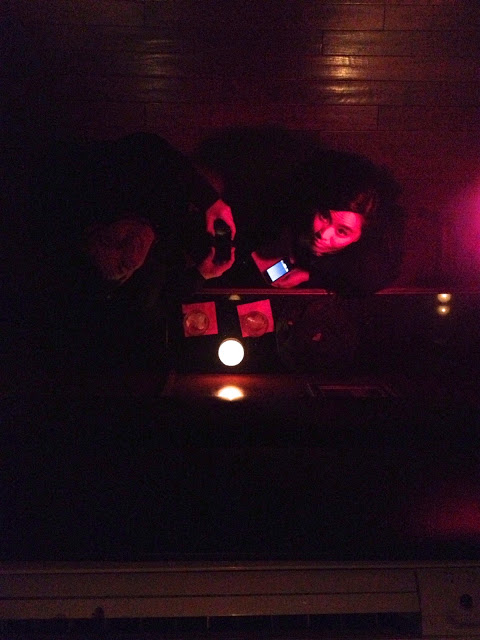 Mirrors on the ceiling! 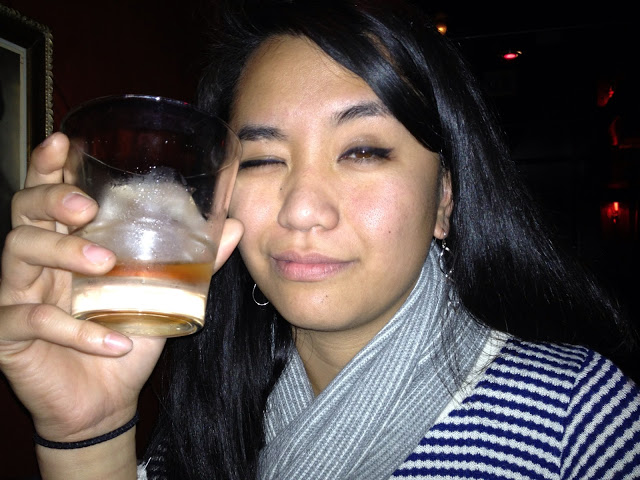 I guess this is how I wink when I’m drunk! 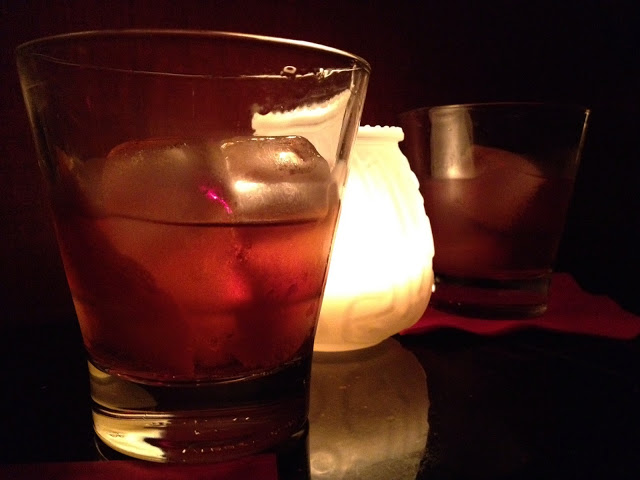 If you’re ever in San Diego, you should definitely check out Prohibition. It was really neat how they had that speakeasy vibe the whole time with the way you get in, how the bartenders behaved and how the bar looked like you were really in the 1920’s. They make really good whisky drinks! I had two kinds and they were amazing! I probably shouldn’t have followed it by a hot cocoa drink from the Ghirardelli down the street… 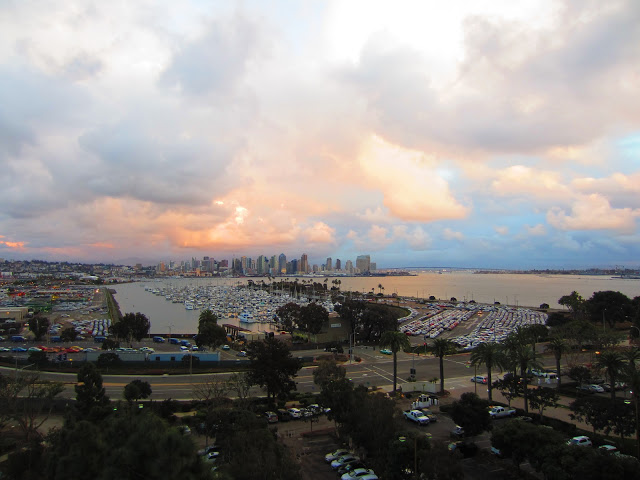 I’m pretty sure I’ll be going to San Diego again. There are tons of places I have yet to explore and more ramen joints that I want to try. It was too bad the weather was cold and rainy. San Diego is known for almost perfect weather year round, but we still enjoyed our day there.

One thought on “Where on Earth is Ramen San Diego?”